Belle Vue park is found in North Lowestoft, next to the Ravine and perched on the cliff above Sparrows Nest Park. The park was opened in 1874, being the first free public park in Lowestoft. During this time, the Lowestoft Improvement Committee chose the open common land to create what they described as a symbol of Lowestoft's growing civic pride. 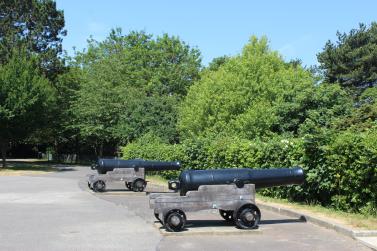 Within the park there is a thatched cottage with elaborate chimneys and rustic woodwork, a 19th century iron bridge spanning the Ravine, and the naval war memorial, which was erected in 1953 to replace the bandstand which had been demolished in 1952. With a poppy designed Peace Garden within the park, offering a space for quiet contemplation and remembrance to the fallen soldiers of the First and Second World Wars.

Belle Vue Park is perfect for an autumn afternoon stroll through the assortment of trees and winding pathways, maintaining it's unaltered lay out since its establishment in 1874. The trails leading to different areas of the town, the main road directing to the High Street and the Scores of Lowestoft, down the cliff to the Denes and the North Beach. 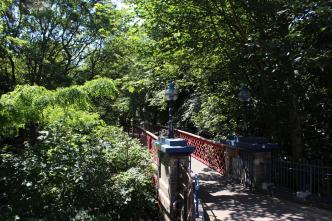 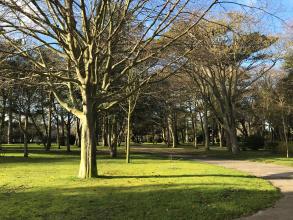