Located in North Lowestoft, this charity land was bestowed to the people of Lowestoft by Frank Thomas Arnold, in memory of his son, Captain Ferdinand Arnold. The charity was founded by his will that was verified at Norwich on the 3rd February in 1941, five months after his death on the 24th September 1940, Frank Thomas Arnold detailed in the document:

‘In memory of my son, Captain Ferdinand Frank William Arnold of the First Battalion of the Suffolk Regiment, who was killed at Sonnebeke on Saint George’s Day 1915. I device free of all death duties to the Mayor Aldermen and Burgesses of the Borough of Lowestoft as and for a park or recreation ground for the use and enjoyment of the public. The enclosure of grass land belonging to me, known as the Slopes containing two acres and three roods of thereabouts lying in the Borough of Lowestoft and having frontage to High Street Lighthouse Score and Whapload Road, together with the dwellinghouse adjoining the said land and known as Number 1 High Street.’ 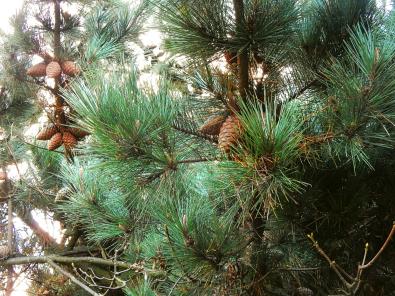 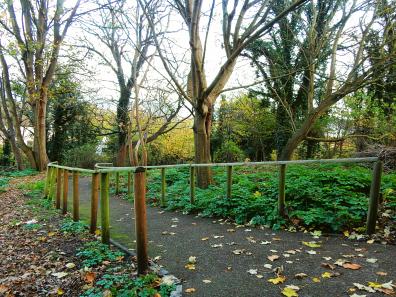 Frank William Arnold’s bequest was sustained. It is believed that the detached marine residence of the nineteenth century was pulled down around the 1960s. The demolished building had stood on the position once taken up by the three most northerly dwellings on the east side of the Lowestoft High Street.

The next mention of the charity of Frank William Arnold from the Charity Commissioners for England and Wales was in July 1989. They approved that the land be administered and managed, subject to and in conformity with the provisions of the will and in line with the Charities Act 1960. 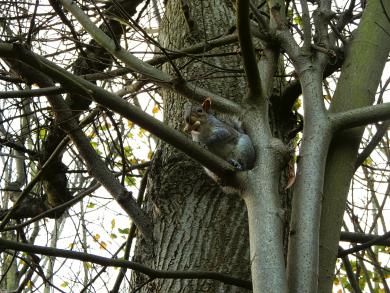 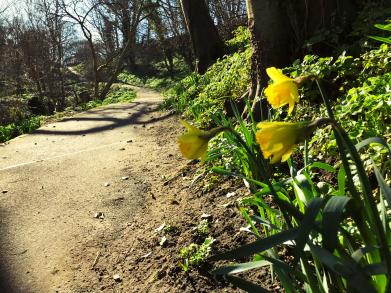 The land was transferred to Lowestoft Town Council, as corporate trustee, on 1st April 2018 to carry on the charitable objectives.

Look out for the spring flowers and seasonal changes throughout the year. This and the adjacent Lowestoft Scores and Sparrows Nest are great open spaces and parks for hill-walking in North Lowestoft. However, anyone with mobility issues take appropriate care and caution during the winter season.

If you are interested in volunteering to help maintain this lovely space, please get in touch and give us permission to pass your name and email address to the volunteer coordinator admin@lowestofttowncouncil.gov.uk